As part of one of the world’s top industries, pharmaceutical companies bring in billions of dollars and save millions of lives. Time and money goes into the process of research and development, drug discovery, and bioprocessing – the necessary parts of getting drugs with life-saving potential to market. Eliminating potential pitfalls and saving time where possible while not decreasing quality is essential for biotherapeutics. Many product candidates will not be selected for commercial development but still need to be manufactured appropriately for preclinical and clinical testing.

In terms of bioprocessing, scientists have found that modifying current mammalian expression platforms could be the answer. Of these platforms, Chinese hamster ovary (CHO) cells are most commonly used.

Figure 1. Glutamine synthetase in mammals.
(A) GS is crucial in metabolizing nitrogen; it catalyzes glutamate and ammonia to condense glutamine; (B) Gene structure of CHO GS locus. (Fan et al.)

According to a review on how CHO cells are used in bioprocessing by Fan et al., CHO cells are used in more than half of approved therapeutic proteins due to their robust growth that fairs nicely in producing large-scale pharmaceuticals.1 Possessing the ability for human-like post-translational modifications is an added benefit as this is typically necessary in biotherapeutic development.

One drawback to using CHO cells is the clonal selection process. This is the rate-limiting step in bioprocessing since it takes a lot of time and money to ensure pools or single clones with high and stable expression of an intended biologic are selected out of all the transfected cells.

Novel gene editing proteins – such as Cas-CLOVER – target specific genes in a deliberate manner. This is compared to the older, labor-intensive processes of random insertion, sequential homologous recombination, or causing a frameshift in many genomic sites with the hopes that a mutation will occur in the target sequence. 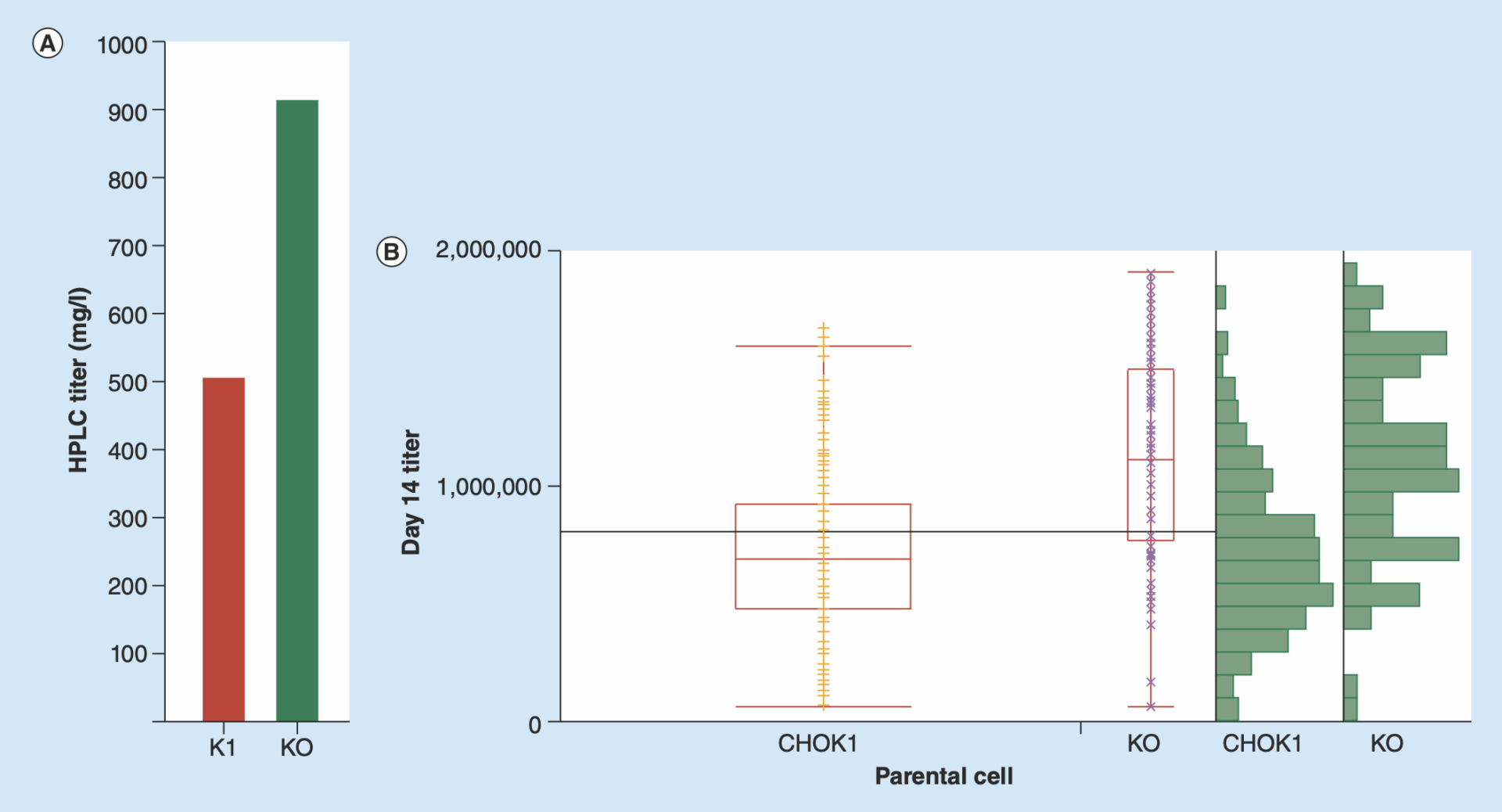 Demeetra’s proprietary Cas-CLOVER utilizes guide RNA targeting with an ultraspecific dimeric nuclease Clo051. In our system, dCas serves as a fusion protein only. It is mutated and unable to cut DNA. As opposed to the use of a single guide RNA (gRNA) like that in CRISPR, the Cas-CLOVER system utilizes two gRNAs in addition to the Clo051 nuclease activity that requires dimerization of subunits associated with each guide RNA. Using two gRNA makes the Cas-CLOVER gene editing system highly targeted and only functional when the paired gRNAs dimerize at the correct target site.

Figure 3. Our Cas-CLOVER gene editing technology
It helps eliminate off-target mutations, has been validated in plants, mammalian cells and yeast and is available through simple licenses.

Multiplexing by co-transfection of two gRNA pairs with Cas-CLOVER resulted in 196 base-pair deletion, eliminating nearly an entire exon of the GS gene. These large deletions resulted in single-cell clones that had a full GS knockout phenotype as shown by complete loss of viability without glutamate media supplementation. 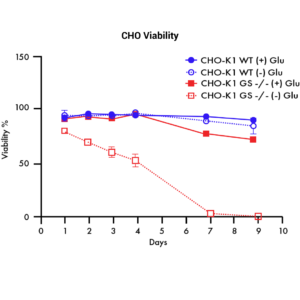 Furthermore, Cas-CLOVER mediated GS knockout CHO cell viability was recovered when the GS gene was stably transformed. Cultures in the figure were kept under +/- Glutamine conditions for 19 days. 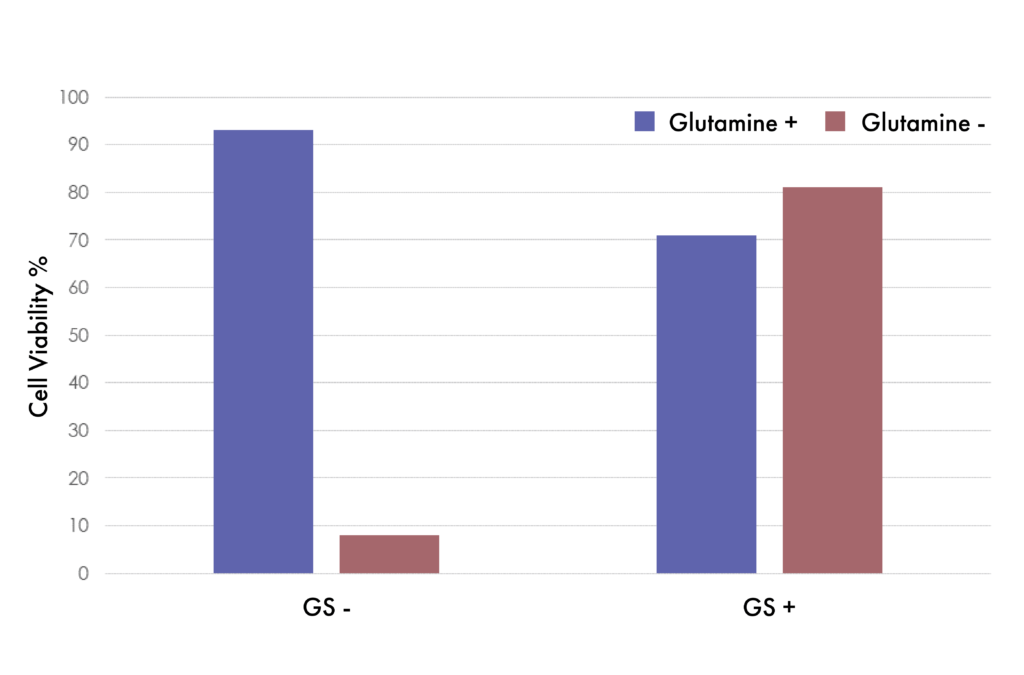