Biologics such as monoclonal antibodies (mABs) and derivatives such as Fc-fusion proteins, antibody-drug conjugates (ADCs), immunocytokines, and antibody-enzyme fusions have ushered in a new era of therapeutics. This new drug class has helped treat cancer, autoimmune disorders and enzyme replacement therapy.

Akin to natural proteins (i.e. IgGs), mABs are glycosylated during biosynthesis. IgG glycans consist of a complex biantennary structure. Due torandom pairing of heavy-chain glycans, many hundreds of glycoforms are possible, which introduces heterogeneity(1). 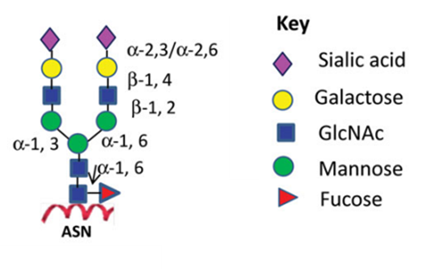 Glycan heterogeneity and modifications can result in conformational changes to the biologic with profound effects on the function of the large molecule. Negative impacts to pharmacokinetics (PK) can occur – along with immune effector functions: complement-dependent cytotoxicity (CDC), antibody-dependent cell-mediated cytotoxicity (ADCC) and antibody-dependent cell-mediated phagocytosis (ADCP) (1).

Improving The ADCC Of mABs

ADCC, a lytic attack on antibody-targeted cells, is solely controlled by the absence of fucose on the glycoforms (shown as the red triangle in Figure 1). It was established that the FUT8 gene encodes the enzyme responsible for fucosylation of mAB glycoforms. In a 2004 publication, Yamane-Ohnuki et al. detailed a FUT8 knockout CHO cell line developed through sequential homologous recombination (HR), a difficult method with very low efficiency. The group demonstrated that FUT8-/-were defucosylated and that ADCC activity was enhanced in comparison to Rituxan which is made in a FUT8+/+ CHO cells (2). 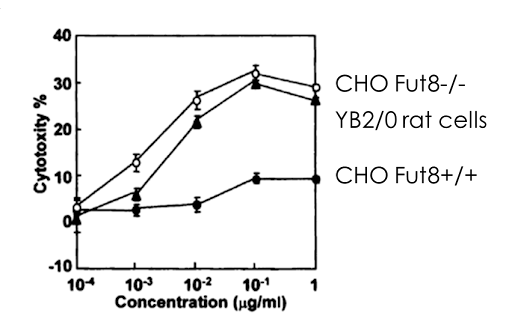 Figure 2: Enhanced ADCC of FUT8-/- CHO cells versus parental cell line. The ADCC is higher than a lesser utilized rat hybridoma cell line YB2/0 which is known to be partially defucosylated.

This innovative FUT8-/- CHO cell proved its worth when a defucosylated mAB (KW-0761) targeting the CCR4 expressed on adult T-cell leukemia/lymphoma (ATLL) demonstrated enhanced efficacy in both mouse and human. 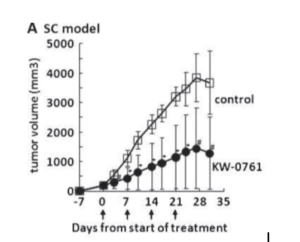 A Faster And Easier Path To the Ideal Cell Line

This ideal FUT8-/- CHO cell line was successfully procured, but the use of sequential homologous recombination (HR) was not an ideal method and may be difficult to replicate. HR is a very low efficiency process in CHO cells, and this research team likely relied on random integration of the plasmid. Far more efficient and accessible methods exist, including gene editing. While CRISPR/Cas9 can introduce some uncertainties with its tendency for off-target mutation, even newer biotechnology holds immense promise for cell line development.

For example, the Cas-CLOVER system (Figure 4), has demonstrated highly efficient knockouts and knock-ins in CHO & HEK293 cells and has been used to target glycosylation related genes for biotherapeutic enhancement.

With specificity that far exceeds that of CRISPR/Cas9, Cas-CLOVER is ideal for targeted glycoengineering. Plus, Demeetra AgBio grants full commercial freedom to operate with our licenses. Shop online for reagents today to fast track your lab’s cell line development.