The link between smoking and cancer is well established; however, genetic variation leading to differential health outcomes across ethnic populations isn’t as clear.

Research has shown that CYP2A6 and CYP2A13 gene variants are associated with a reduced risk of lung cancer among smokers of diverse ethnic backgrounds. These genes fall under the Cytochrome P450 family of enzymes.

Scientists have found other gene variations in UDP-glucuronosyltransferases (UGT), a group of enzymes associated with metabolic activity of tobacco users.

Nicotine is the biologically active and addictive component in tobacco, but is not considered a carcinogen; however, nicotine starts the reaction that does in fact lead to cancer. When dried, a chemical reaction known as nitrosation occurs in tobacco, producing tobacco-specific-nitrosamines (TSNAs) which are known carcinogens.

Of the seven known TSNAs, N-nitrosonornicotine (NNN) and 4-methylnitrosoamino-1-(3-pyridyl)-1- butanone (NNK) are considered the most unfavorable given their potency and abundance in tobacco. Figure 1 shows the process known as glucuronidation, which is the breakdown of nicotine and NNK to glucuronide conjugates (noncarcinogenic molecules).

The enzymes, specifically UGT2B10 involved in glucuronidation, show genetic variants in different ethnic groups. These variations could account for the difference in risk factors in relation to smoking and cancer.

Understanding these genetic variations and their associated risks could lead to the creation of modified tobacco plants that reduce risk. 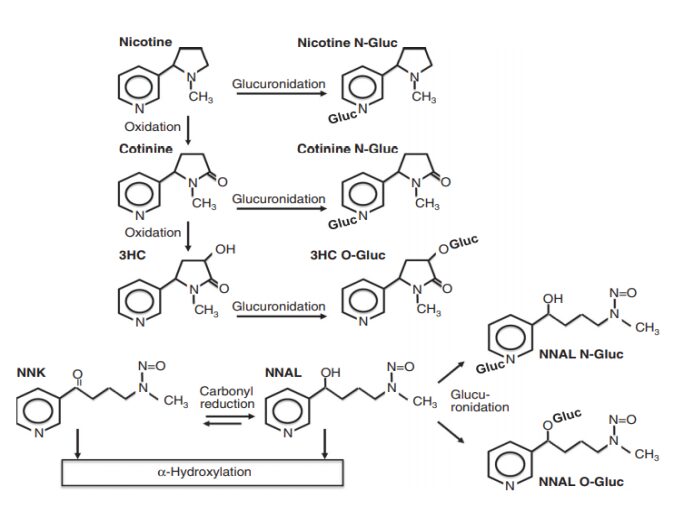 Figure 1: Breakdown of nicotine and NNK metabolism to glucuronide conjugates.

CRISPR-Cas9 has been shown to modify protein production in tobacco through knockout (KO) of the RNA polymerase 6 (RDR6) gene1. Deletion of RDR6 allowed for greater protein production by inhibiting expression of RNA silencing genes. This and similar studies demonstrate the promise of creating modified tobacco plants with reduced levels of cancer causing compounds.

Cas-CLOVER As A Tool for Precise Gene Editing In Tobacco

We have also successfully performed targeted inactivation of the RDR6 gene in tobacco using our proprietary gene editing system, Cas-CLOVER. We achieved a knockout efficiency of at least 18% for our first target in tobacco plants. To learn more about this research, check out our poster presentation presented at this year’s virtual Plant Biology Worldwide Summit.

The Cas-CLOVER gene editing system shown in Figure 2 utilizes a catalytically inactive Cas9 protein fused to the Clo51 nucleus domain which work as monomers recruited by a pair of guide RNAs (gRNA) to introduce targeted mutations. When both subunits are properly recruited to the target-site, it leads to dimerization and activation of the Clo51 nucleus domain, resulting in highly targeted gene disruptions. This dimeric system allows for little to no off-target effects.

We recognize the impact that gene editing tools have on the future of agriculture and the world as a whole. Validated Cas-CLOVER functionality in plants is exciting for crop trait development as it opens up numerous opportunities. Demeetra is offering clear commercial freedom to operate and simple accessible licenses to commercial users. If you are a private or academic group, are doing research in tobacco, or are looking to take your discoveries to commercialization, we want to collaborate with you.

Interested in seeing if Demeetra’s molecular tools will work in your model system? Learn more about our research and how our team can help move your studies forward by reaching out to us today.