As many already know, recombinant therapeutic proteins are becoming an integral part of treating an array of conditions from cancer to autoimmune diseases. Almost all of the therapeutic proteins produced today are currently in mammalian cells. However, many other therapeutic protein expression systems exist, such as bacterial, insect, plant, and yeast. Yeasts have multiple advantages as an expression system, including very high growth rates and excellent scalability in culturing when it comes to producing recombinant proteins. However, there are some issues to overcome when developing recombinant proteins from yeast such as immunogenicity and growth defects. This is mainly the result of different N-glycan structures present in yeasts as opposed to mammalian cells.

In the development of glycoengineered yeast strains, it is of most importance to disrupt the OCH1 genes to establish production of human compatible N-glycans from yeast. Since proteins that have mannan-type N-glycans (mannoproteins) help form the mannan layers in the yeast cell wall, it’s easy to see why disruption of OCH1 also causes defects in the cell wall structures. The negative effects from cell wall disruption, which include growth defects, have a severe impact on any scale of recombinant protein production. 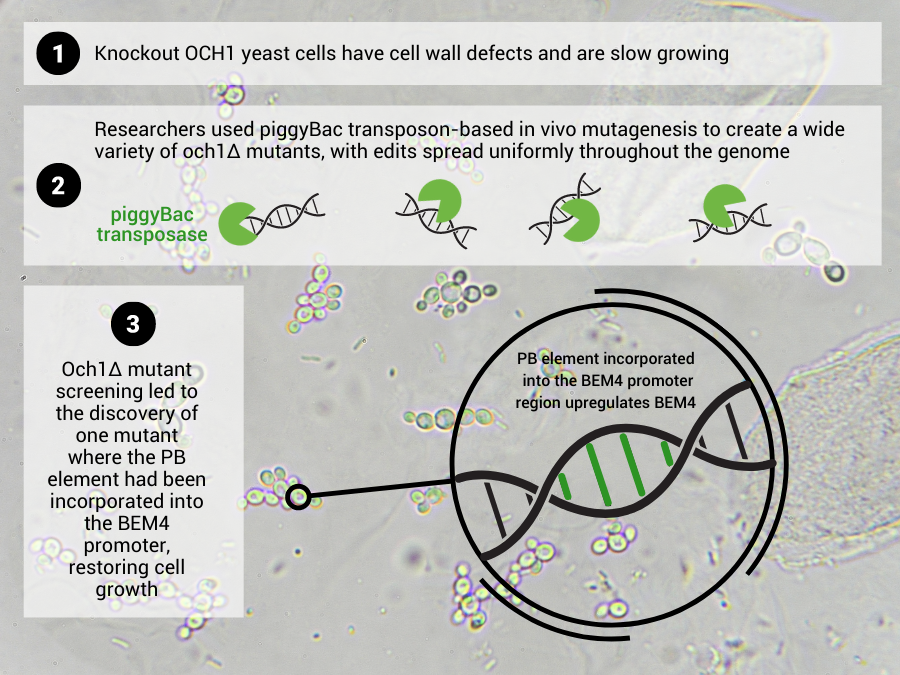 The researchers in this study used transposon-based in vivo mutagenesis to obtain mutant och1Δ cells that could rescue these growth defects. Compared to other transposon-based methods, the PB transposon system is compatible in various organisms and the efficient insertion sites make for even distribution and overall very little bias in the genome. 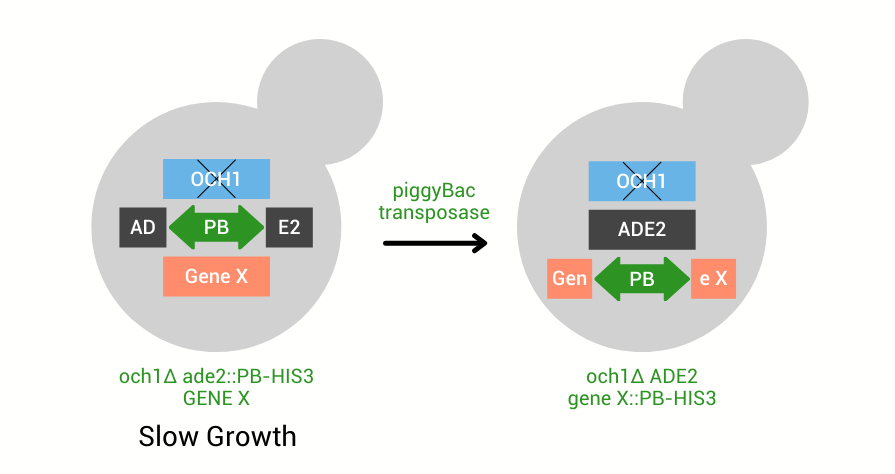 Figure 2: PiggyBac transposon in yeast for in vivo mutagenesis. The PB-mutagenized cells that grew faster than parental och1Δ cells were isolated

The research team constructed a system to screen mutant cells using PB transposon in budding yeast, and thus isolated a mutant strain, called 121. This special strain could grow much faster than parental och1Δ cells. The PB element had been introduced into the promoter region of BEM4 gene, which upregulated expression. Hence, the overexpression of BEM4 was found to counteract the growth defects in och1Δ cells. 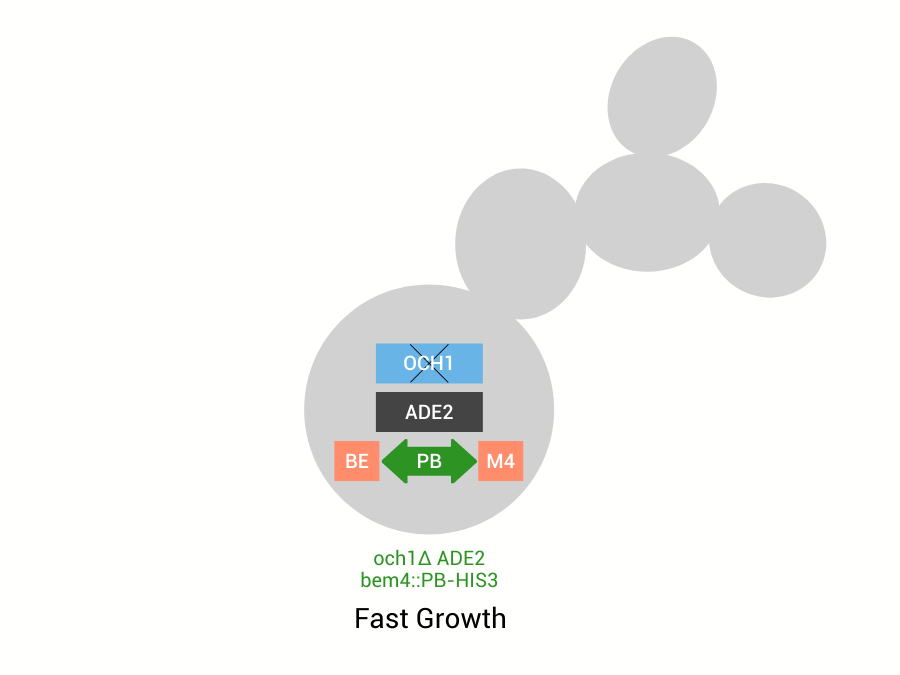 The study results indicate that BEM4 modification would be useful to produce therapeutic proteins in glycoengineered yeast without the growth defects. The construction of a viable expression system is critical to the production of a therapeutic protein, especially regarding human-compatible glycans in yeast. Enhanced expression of pathways with tools like piggyBac could prove very useful in future industrial applications to produce therapeutic glycoproteins.

To learn more about piggyBac and how Demeetra can help accelerate your gene editing research with our toolkit, click here. We have everything for your gene editing needs, including flexible front or back-loaded service terms and licensing options.