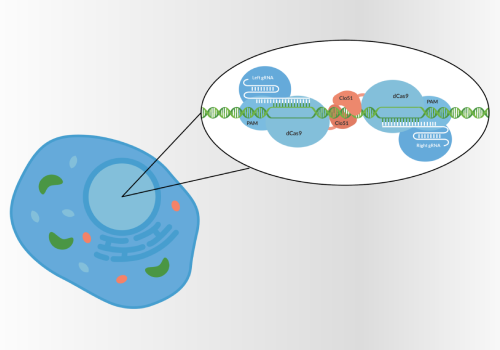 Demeetra’s Cas-CLOVER dimeric gene editing system has been found to result in easier screening, higher knockout mutation percentages and flexible target design. Recently Demeetra and Elanco Animal Health presented a webinar together on collaborative data in gene editing using Cas-CLOVER for cell line development in bioprocessing of biologic therapeutics. Two key points were discussed with the  Cas-CLOVER system, including the ease of screening for targeted editing, ensuring that your editing process  creates a full knockout, and it’s flexibility in target design.

Let’s take a look at the background of Cas-CLOVER, its benefits in cell line development and engineering, and how this technology is currently being utilized at Elanco (large laboratories).

Cas-CLOVER is a simple and powerful tool for targeted genome engineering and has the ability to efficiently edit a large variety of organisms. This system utilizes a catalytically inactive Cas9 protein fused to the Clo51 nuclease domain. These work as monomers recruited by a pair of guide RNAs to introduce targeted mutations. When both subunits are properly recruited to the target site, it leads to dimerization and activation of the Clo51 nuclease domain, leading to targeted gene disruptions.

There are multiple benefits when using the Cas-CLOVER system over other technologies. One of the best benefits is its ease of use with flexible spacer lengths of the double gRNA guided technology which broadens target site availability. Our system also has high efficiency with dCas9-guided RNA recognition, as well as high fidelity by cutting only when Clo51 nuclease dimerizes.

When looking at Cas-CLOVER’s deletion performance compared to the current standard technologies, Cas-CLOVER shows that it has clear advantages. The Cas-CLOVER system creates larger deletions in the 8-50 bp range in comparison to CRISPR/Cas9 which typically generates 1-3bp deletions.  As shown in the webinar, using spacer regions of between 16-40 base pairs can also yield high percentage knockouts.

Why does this matter to you?

Larger deletions mean easier screening – Unlike the smaller deletions created by Cas9, Cas-CLOVER edited cells and plants can be positively identified by running quick and easy gels. This method allows the user to avoid complicated heteroduplex assays, loss of restriction digest recognition sites and other issues. Gel based indel identification can be run in-house and within a matter of hours, reducing costs, streamlining workflows and avoids sending samples out of the lab for sequencing such as next-generation sequencing (NGS). 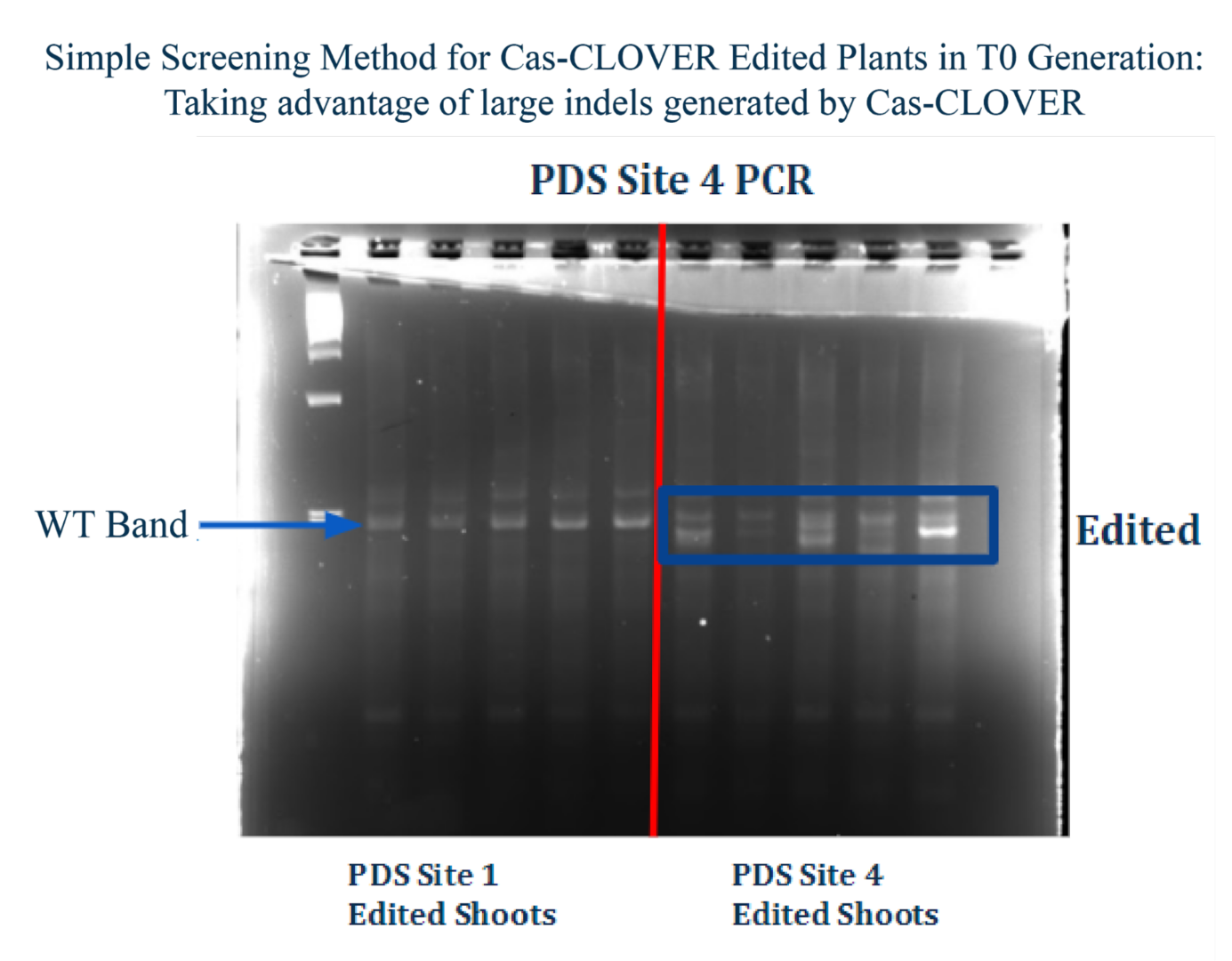 As you can see in the simple screening method of targeted knockouts in plants above the Cas-CLOVER system has the ability to generate larger indels. In this study, leaf samples were taken from white shoots PDS Site 4 edited plants, and gDNA was then extracted via NaOH alkaline lysis. Genome editing was confirmed by PCR, followed by gel electrophoresis. The scientist who ran the gel was blinded to which lanes were meant to be edited or WT. Comparatively, when another platform like CRISPR/Cas9 makes a small deletion, it may not result in a full knockout of the gene expression. In our recent presentation, we demonstrate that Cas-CLOVER can delete entire exons in CHO cells. Let’s review the details below.

Cas-CLOVER is naturally dimeric and requires two guide RNAs, meaning it may require a little more design on the front end, but the downstream benefits are well worth it. The system ultimately creates larger indels, so one of the guides can be designed outside of the target exon. You can also design the deletion to encompass the adjacent exon resulting in a successful knockout mutation.