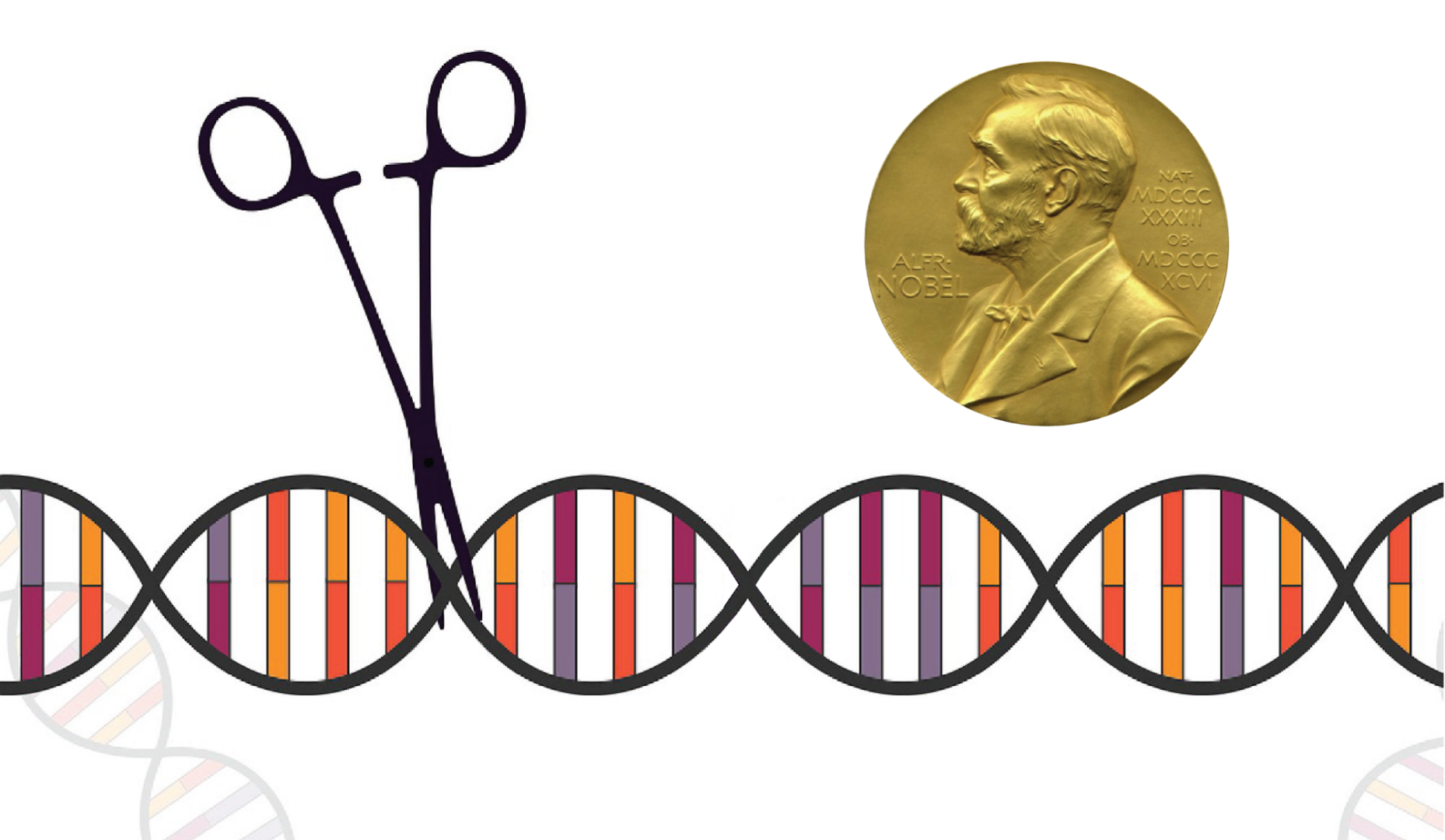 Emmanuelle Charpentier and Jennifer Doudna have been awarded this year’s Nobel Prize in Chemistry for discovering CRISPR/Cas9 ‘genetic scissors’ for editing DNA in an in vitro system in Science back in June 2012. CRISPR/Cas9 is derived from a bacterial immune system in which strips of guide RNA carry the Cas9 protein to cut out specific regions of DNA.

It’s a powerful tool because scientists can program the strips of guide RNA to pinpoint, and modify or remove, precise genes.

Upon validation, labs all over the world quickly adopted CRISPR/Cas9, which has now been used for tremendous advancements in pharmaceuticals,

agriculture, and many other spaces within biotechnology. There are also high hopes that this genome-editing tool could eventually be used to treat and cure many inherited illnesses.

Unfortunately, this discovery has been overshadowed by a large legal battle over the intellectual property rights of CRISPR/Cas9. Charpentier and Doudna exert ownership over the tool because of their earlier publication, but Zhang disputes that his discovery of CRISPR/Cas9 use in mammalian cells warrants rights for himself.

CRISPR/Cas9 scientists have endured many patent battles, which has led to complicated legal entanglements that affect its users to this day.

How Cas-CLOVER Improves on CRISPR/Cas9

While CRISPR/Cas9 has made quite an impact in the scientific world, other genetic modification tools exist outside the realm of complicated gene-editing technology patent battles.

One of these technologies, Cas-CLOVER, relies on the cleaving activity of the Clo51 nuclease, which is patented separately from CRISPR/Cas9. The Cas-CLOVER genetic engineering tool is exclusively licensed to Demeetra for bioprocessing, agriculture and industrial biotechnology. This clear commercial freedom to operate means scientists’ research will not be stalled by complex legal entanglements. Unlike CRISPR/Cas9, Cas-CLOVER is thus easy to adopt for prospective users.

Cas-CLOVER also has biological mechanistic advantages over the CRISPR/Cas9 technology. While CRISPR only uses a single gRNA system for targeting DNA sequences, Cas-CLOVER uses a double gRNA mechanism. This yields higher specificity to target sequences, and has lower off-target mutagenesis than does CRISPR/Cas9.

Similarly to that of CRISPR/Cas9, Cas-CLOVER’s gRNA targets a desired sequence of DNA with the associated Cas protein. The similarities end there, however. In Cas-CLOVER, it is the Clo51 endonuclease, rather than Cas9 itself, that cleaves the target sequence.

The Clo51 subunit is an obligate dimer, meaning that it needs to be dimerized in order to perform cleaving activity. We have proven that, because Cas-CLOVER only cuts when the Clo51 nucleases dimerize, this system has higher fidelity than does CRISPR/Cas9.

While the world attests that CRISPR/Cas9 has truly revolutionized the world of genetics, it’s time to consider that the latest technology—like Demeetra’s Cas-CLOVER—could be even more useful.

To learn more about Cas-CLOVER, its differences from CRISPR/Cas9, and how it can benefit your research, click here.